We love representing buyers and helping them find the perfect dream home or investment property. Want to check out a bunch of open houses? Us too! You can expect 24/7 service and we will keep at it until the job is done.

How Our Clients Feel

Reggie and Rhianna first became my landlords when they purchased the place I was renting. At first I was a little nervous. I had heard horror stories of what a change in ownership could mean for a tenant. They ended up being the coolest landlords, and quite frankly, two of the greatest people I’ve ever met.

Case in point: The house I was living in was a cute craftsman sitting on a lot in front of 3 attached bungalows. By “cute” I mean old and charming – it was built in 1927 and felt like it. None of the units had been upgraded or maintained very well and they needed a lot of work. R&R began bringing the property into the 21st century one unit at a time starting with the bungalows in the back as tenants moved out. The remodel and upgrade project came to a full stop when it was discovered that the sewer line for the property needed to be replaced; which meant me, my partner, and our two dogs needed to find somewhere to stay for the indeterminate future while the sewer line was replaced. Boy were we unhappy. New landlords doing construction (albeit to make the place we were living beautiful and up to date), Christmas was just a few days away, and now I needed to be displaced? *heavy sigh*… but then news about the sewer line was immediately followed by “but you know what – we found you a hotel that will take you and your dogs, and they’re expecting you shortly.” It was very sweet and responsible, and proactive. They turned what could have been a terrible situation into the best it could be! They even worked extra hard and personally managed the repair crews to give us a Christmas Eve surprise – the sewer line was fixed and we got to be spend Christmas in our home.

Reggie and Rhianna are amazing and responsible landlords. They care about the lives of the people they rent to and they take care of the places their tenants call “home.” You’re in the best hands when you rent from them or have them manage your investment property.

-From Josh in San Diego, CA

As a first-time and VA homebuyer, I was initially intimidated by the home-buying process but I was pleasantly surprised how easy it was.  I attribute that to my real estate agent the amazing Ms. Ami Lewallen.  She started by outlining the entire process and then walked me through each step along the way to ensure that I understood everything.  She got me acquainted with the market, found my beautiful new home, helped me put together a strong offer, negotiated the price way down, and coordinated all of my inspections.  She even helped me find all the vendors to take care of my house after the deal was done. My Transaction Coordinator Ms. Mahlea was a dream to work with.  She made sure that things kept moving and gave me a gentle nudge if I missed something. If you’re looking for a design expert, Rhianna is your girl!  Being that I’m a guy (and have no sense of style or taste), I didn’t have a clue how to furnish or decorate my home.  Rhianna helped me pick out furniture, colors, bedding, and even the dishes.  I get so many compliments…. she is brilliant! In short, Red Rhino is the “Dream Team” and I look forward to working with them again.

-From a client who purchased an investment property in Palm Springs, California

“Ami is a great resource for anyone looking to buy or sell a house. My wife and I work in property investment and management. Since we started working with Ami, we have not used any one else. She has helped us to locate and negotiate the sale of two excellent investment properties in our target area of uptown San Diego. From start to finish, Ami helped us to decide which property to buy, worked out the math on what the cash flow will be, and worked closely with the other agent to make sure our offer was the one to be accepted. When the time came to purchase a personal residence, Ami was instrumental in helping us close the deal which was not easy in a competitive area like Kensington! She did an excellent job selling our previous residence faster than the comps on the market. I Can’t say enough about her as a salesperson, a professional and a deal maker. The new office located on Adams Ave is a great place to start if you are looking to buy!”

-From a client who bought a home in Kensington, San Diego, CA 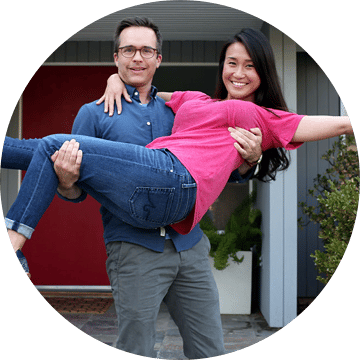 “We met Ami when we rented a place for 10 weeks. When we told her we were interested in look for a place to buy, she met with us right away. After discussing what we were looking for, she suggested Chula Vista area. With her help we found a great house to buy and just love the place. She was helpful throw out the process of buying this house and hooked us up with the right people for repairs along with anything else we needed. You couldn't find a better realtor.”

-From a client who bought a home in Chula Vista, CA

“Ami started out as our relator, but she ended up as a friend. Ami was knowledgeable in ALL aspects of real estate, from remodeling and updates, to renting, to reselling, etc.. She's also been in the real estate business long enough that she had connections in various parts of real estate. Ami was very thorough with everything. When we were looking into houses that had work done to them, she would to go city hall to make sure the construction/add-ons were up to code. I've had friends who had to tear down a bathroom or a kitchen because the remodeled work was not up to codes or was not done by a professional, and they weren't notified before they closed escrow. We lucked out having such an honest and upfront realtor like Ami. She was familiar with all areas of San Diego: which areas were up and coming, which areas were great for young professionals, etc. She was even willing to make trips out to Temecula if we had our heart set on a house. Ami was very prompt in responding back to emails. We had plenty of questions, as this was our first time buying a house, and Ami had answers for all of them in words that we could understand. When it came down to negotiations and counter bids, Ami really listened to what we wanted and what we could afford to offer. Should would always sit down with us and go over all details very thoroughly to make sure we were making a smart decision. If we ever decide to sell the house, Ami will definitely be our contact! It would be an honor to work with her again. She made the process so painless and easy. Ami was truly the whole package. We are so grateful and were so lucky to have her.”

-From a client who bought a home in Paradise Hills, CA

Be the first to know

We’ll deliver new listings straight to your inbox, never spam. You’ll hear from us only twice a month.